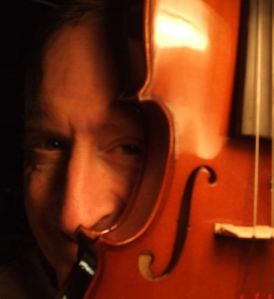 Me, with my most recent Irish pursuit

I’m an Irish-American who has visited Ireland many times and long been interested in Ireland’s offbeat culture. I recently published a book The Great Little Book of Fun Things You Probably Don’t Know About Ireland

filled with the tidbits, news stories, quotes and trivia about Ireland I’ve been collecting for about 10 years.

I started going to Ireland back in the 1970’s, when I could still visit my Grandfather’s step-sister Maggie on her farm in Kerry. It was a magical place then, incredibly backwards but so welcoming. Maggie lived in a house with no running water, with just one picture on her wall: The Pope. A visitor like me was an unusual thing there then. Not only could I not understand her heavy accent, but she couldn’t understand my American way of speaking. We got better at it after a few days.

My grandfather Jerry, who had left Ireland before World War I with all his siblings (except Maggie, the one who stayed behind), was a big influence on me. He cut a bit against the grain of what people expect from an Irishman. For one thing, didn’t drink a great deal. But he had a sense of humor and an upbeat world view that has, I hope, always stayed with me.

When you went back to Ireland after about 2000, it was clear that things had changed a whole lot. Almost nowhere was truly remote anymore, thanks to a whole lot of new EU-financed highways, and there was just a ton of money around. But at the same time, there was something about it that was unchanged. That unchanging, kind of quirky culture that lives on there, is the element that I really focus on in my book and this blog.